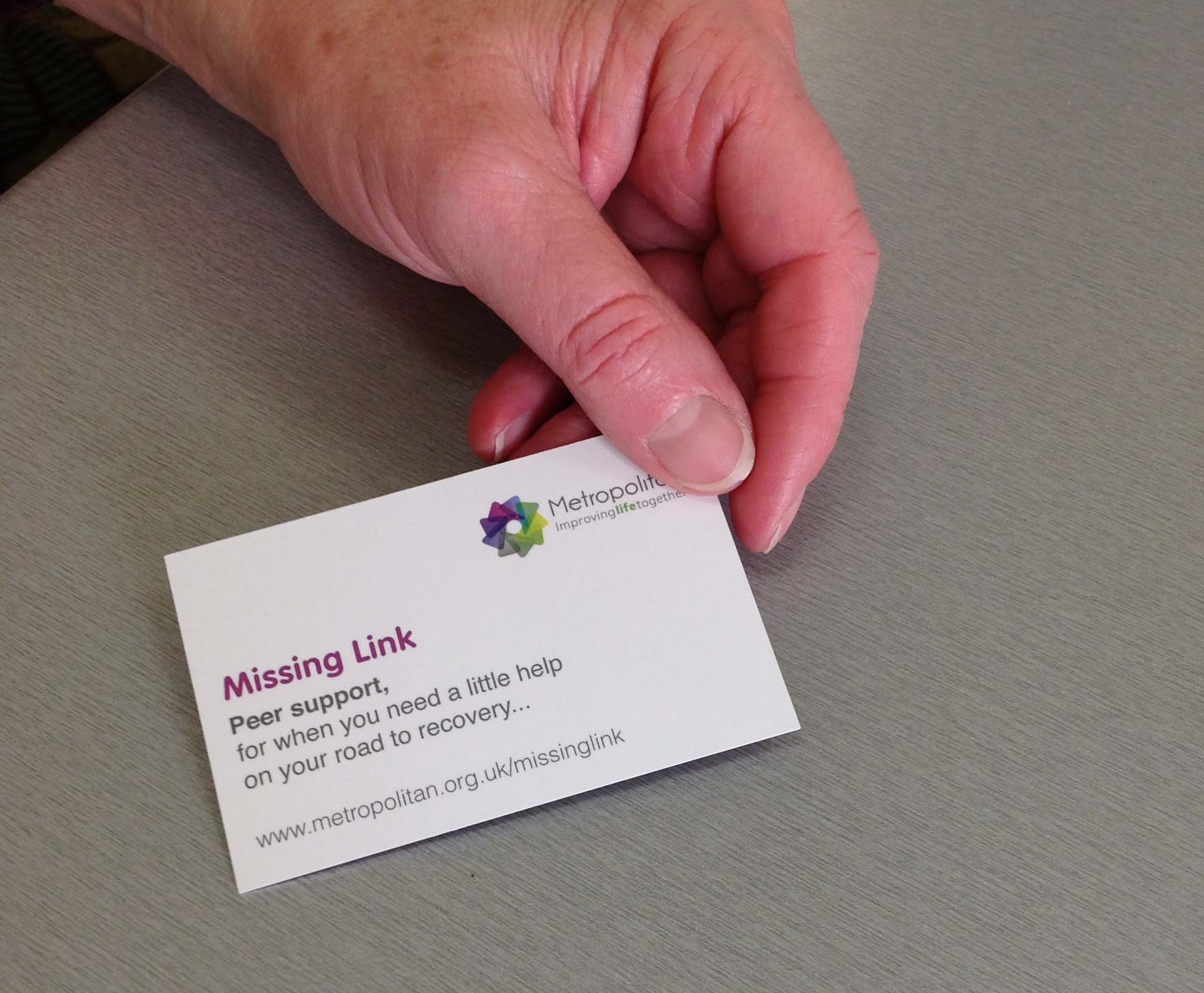 “I didn’t think I was going to make it… I got involved with gangs and got attacked by guys with machetes when I was 15. I knew they were coming for me and I had to wait… I was afraid and confused and ended up in a coma.”

Michael  Justice says it was hard to get over his horrific experience and by 19 he was a heavy drugs smoker, just to “keep calm”.  His mental health deteriorated and he’s had long stints in hospital – his first admission for three and later two years.

“It was stressful, to stay in hospital,” he says. What kept him moving forward? “Friendly people, wards with computers…”

Michael had been in hospital for a year in 2012, when he met Missing Link peer supporter Sam on the ward. Sam says: “He is a really lovely guy and very quiet. He loves shopping… He was hard to actually talk to, to get a really good conversation out of him at first.

“But I’d arrived and got him chatting. The staff said, ‘I don’t know what you’ve done Sam but you’ve got him talking’ . Sam was keen to keep Michael motivated. “As soon as I said to him, ‘what can we do for you’, he grabbed me and said, ‘shopping, take me out’. So I took him to the West End, we had a lovely day and he really enjoyed it and bought what he wanted.”

Michael was on escorted leave and Sam assured staff, that “he didn’t run off, he stayed with me, he didn’t cause me any trouble or make me feel uncomfortable.He was a pleasure to be with. He was happy and we got on really well.”

Before then she helped to sort out a problem with his money, which was five weeks late. “This upset him… he felt angry, he felt let down… and I had to calm him down, and I said, ‘don’t worry, I am going to sort it, you will go shopping, this day will happen’. And in the end obviously it did, the money did come along.”

There were other issues to explore. “His friends were using substances and he was losing his unescorted leave and that’s where we sort of come in and we try to motivate him and that was working and me and him got on really well. So I am quite happy, and the staff were really pleased with the work that I was doing.”

Sam supported Michael to go to Mosaic Clubhouse, which hosts the Living Well Partnership, where he takes part in various activities. Looking back Michael feels lucky to be alive and finally feels safe. “When I am inside my home, in my hostel room with my new carpet, Nintendo and new clothes it just makes me happy,” he says.

“I keep my mind occupied, music, training, doing press-ups,sit-ups. I like travelling on trains and the underground.”

Sam says supporting Michael has helped her to achieve her goals. “I’d lost my confidence, I hadn’t been on the tube for 18 years,” she says. She joined Vital Link(service user and carer group, which helped to reshape Lambeth mental health services), which gave her the foundations for her peer support work. She is moved by the great strides Michael has made. “I’ve loved working with him,” she says.

Michael finds it hard to believe that peer supporters have lived experience of mental health. “They come with their beautiful support and they show they are still alive, they are still in one piece and living their lives… It makes me want to achieve my goals and keep safe.”

Part of this story is edited from a peer story telling session run by the Innovation Unit. Thanks to Fan Sissoko and Ajo Clua.