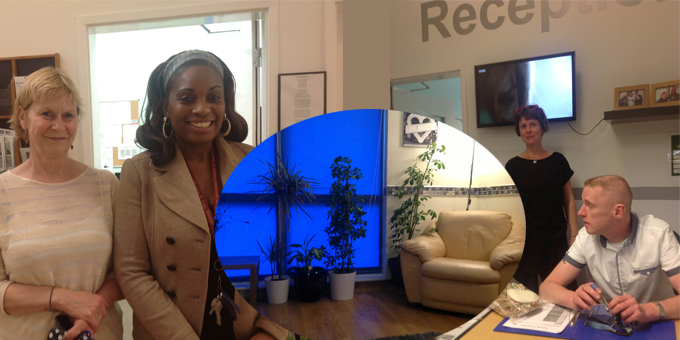 The Evening Sanctuary has opened for a third night on Fridays from 6pm-2am and will be open over Christmas and New Year.

Meanwhile, the first  24-hour mental health support line was launched on December 18 by the South London and Maudsley NHS Trust (SLaM). The new helpline will work collaboratively with PALS (Patient Advice and Liaison Service) and Solidarity in a Crisis peer support project, across Lambeth, Southwark, Lewisham and Croydon.

The line is for service users, carers and anyone who needs advice, help and assistance while in crisis or facing difficulties dealing with mental illness and brings a more coordinated response and easier access to support.

Martin Baggaley, medical director at SLaM, said: “This is a really significant step forward in helping people who are going through a mental health crisis and is the first 24/7 telephone service for the trust.

“Calls will be answered by a nurse and we will then explore with callers the reasons why they have contacted us and identify what can help at that time and for the future.

“We will be working collaboratively with both PALS and Solidarity in a Crisis to provide the widest range of options to help.”

The number is 0800 731 2864
This is the same number that takes patients through to PALS. The support service was developed in line with the Crisis Concordat and is part of all borough action plans and is jointly funded by the four borough’s clinical commissioning groups (CCGs).

Solidarity in a Crisis peer supporter Garry Ellison, welcomed the new line. He said: “There are many times when people need help and have previously only been able to receive it between 9 and 5. Even knowing such a service exists has helped my wellbeing and I am sure it will help many others. This service has huge potential.”

Solidarity in a Crisis will also offer a service over the Christmas period for those who want to speak directly to a peer supporter.

The Sanctuary, based at the Living Well Partnership (LWP) Brixton, opened in May (Wednesday and Thursdays, 6pm-2am) offering an alternative to those presenting in crisis at A&E at Kings and Guys& St Thomas’ hospitals. Until now, people have been referred by the hospitals’  Psychiatric Liaison teams. Once referred they can be picked up or make their own way to the Effra Road base and go home by taxi if they wish. The Sanctuary is staffed by two senior support workers and member volunteers (Mosaic) and peer supporters from Solidarity in a Crisis.

The Sanctuary grew out of the Lambeth Living Well Collaborative’s  crisis house work and is a good example of co-design coming to fruition involving service users, peer supporters, carers, the voluntary sector and statutory services.

Mosaic member and volunteer Matthew who has been a permanent fixture since the move to open the Evening Sanctuary on Fridays says,   “I think extending the hours was perfectly timed to coincide with, for what some can be, a difficult time of the year.”

“This has been echoed by the feedback from our most recent attendee,” adds Support Worker Freddy. “I  agree that opening three days is poignant and useful at this time of year and we look forward to welcoming people from Lambeth and Southwark through our doors over the Christmas period.”

“It’s been an interesting journey so far,” says Freddy, who has been working at the Sanctuary since it opened. “It’s really worth it to know how big a difference the team can make to a person’s day. I continue to be excited to make connections with our referrers and to help whoever comes through our doors as best we can.”

Maresa Ness, Chief Executive of Mosaic Clubhouse, (LWP hosts) is keen to drive the project forward and is trialling the expansion of referrals to more teams plus Mosaic Clubhouse members.  This may include community mental health teams and those in touch with Solidarity in a Crisis, but it must have been agreed during the day so that there is the relevant information to support people.

“We can’t take anyone without a risk assessment, which is usual practice, but people can present to the information service during the day so that we can get to know them,” she states.

“Two members have used the sanctuary in recent weeks, they are people who usually end up in police cells and  then are detained for a lengthy period. We have managed to nip that in the bud for both of them. When you think we helped over 600 people in the clubhouse last year and 400+ in the information hub, if we can start to impact on those people’s lives out of hours we will be doing an amazing thing.”

Bernard  is one of those who sought Sanctuary recently. “I said to Maresa, ‘I don’t feel good, it’s really bad, it was very bad that night. After years of struggling and ending up in police cells Bernard  had got to a point where he could identify that he was getting unwell and was able to go to the Sanctuary that night. “Somebody came to pick me up, one member and a peer supporter from Solidarity in a Crisis. They brought me to the sanctuary; we sat down, had a chat, I had a sandwich, watched a film…

“Spending time in a police cell is like waiting to be killed,” adds Bernard of his  traumatic experiences over the years. “You are down in the cell, without a watch and you only know the time by the meals, it’s not an appropriate place to be when you are mentally unwell.” He adds that hospital also can be frightening, “there are people who are more unwell than you are and are aggressive and hard to avoid, you need a more calming environment. ”

That’s why ongoing Clubhouse support, as well as friends and family worked for him. Of his visit to the Sanctuary: ” I said, ‘all I want is an hour or so’…  and I got it, reassurance.”

As well as the new support line, SLaM has reviewed the street triage telephone service that was piloted for one year and will be opening up the line 24 hours a day. This enables a front line professional to ring the team 24/7 on 0203 228 0136 when in contact either in the street or in private premises with people whom they believe may be in mental distress.

The overall aim of the team is to work collaboratively including directly with the person to gain the best possible outcome from their contact with emergency services.