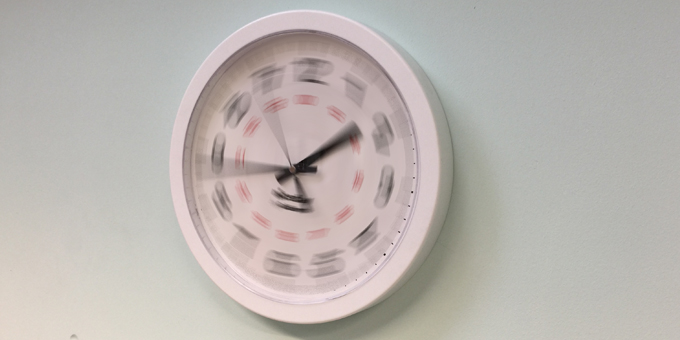 Anna says finding a flyer about Solidarity in a Crisis’ peer support crisis phone line and its links to the community helped her when she was at a low ebb.

It was a time when the voices she was hearing were at a bad point and she was desperate. In the past she had phoned the Samaritans, “they do care”, she says, but they don’t have the “depth of understanding”, that she was able to explore with Solidarity in a Crisis (SiaC) peer supporters.

Anna, aged 34, found the flyer about SiaC in her GP ‘s surgery and this along with her own insight, has helped her to find coping strategies to get through the worst times. It has helped her to explore more about her diagnosis of schizophrenia (she has experienced two psychotic episodes and was sectioned both times and spent a month in hospital the first time and a week, the second).

In the past she has been to A&E but didn’t find this worked for her because on that occasion she couldn’t get the “medication or psychological support I needed”.

Anna has learned considerable about the fact that the lived experience of mental health can be a quality; that going through a crisis, as hard as that is, can be cathartic. Having the back-up of Solidarity in a Crisis peer supporters, who have shown by their own lived experiences that you can turn your life around has helped, both when she has spoken on the phone and when she has met up with people in the community. The community meetings are arranged once the person has met up and been assessed and discussed further how the project can support and help them move on.

“They helped me to identify that anxiety is my trigger and they signposted me to other services, including a psychologist,” says Anna.

Anna read the flyer in June 2014. She was struggling after she had returned to her job in corporate marketing, she thinks, too soon after her hospital admission. She was hearing voices and her medication wasn’t working. Her mental health issues, “have held my career back” , she says.

Wise words were a lifesaver
“Before June, I didn’t know that you could take a multi-approach to the diagnosis,” she adds. She describes how the first SiaC peer supporter she spoke to on the phone that night helped to “talk me down”, when she was suffering from “extreme anxiety”. That, as well as sharing his own experiences and adding, “some wise words, which were a lifesaver”, have helped her get through the darkest times.

There’s also been the chance to start learning more about what it means to live with mental health issues by exploring this via Mosaic Clubhouse, hosts of the Living Well Partnership and courses at the Recovery College. These have included courses in Mindfulness and the Tree of Life. She has also gained knowledge and insight from others experiencing similar suffering through a Hearing Voices group.

Anna says peer supporters have also helped her to better understand how her GP can be involved in supporting her and this has shifted emphasis on relying on secondary services. “It’s got me back to normality,” she says.

For Anna, the reaffirming and summarising, the words that confirm that somebody is listening, illustrated by another Solidarity in a Crisis peer supporter reveals the true experience of the peer support tenets of being genuine, empathetic and congruent … These has been fully exemplified in her experience with Solidarity in a Crisis, so that even at the toughest times she feels there is the hope of the lived experience of others to help her carry on on her recovery journey.

At the end of our conversation there is a message to commissioners, “Solidarity in a Crisis should be 24 hours, we need to talk to people during the day also… it’s been a lifesaver to me.”

Click here for Solidarity in a Crisis opening hours and numbers