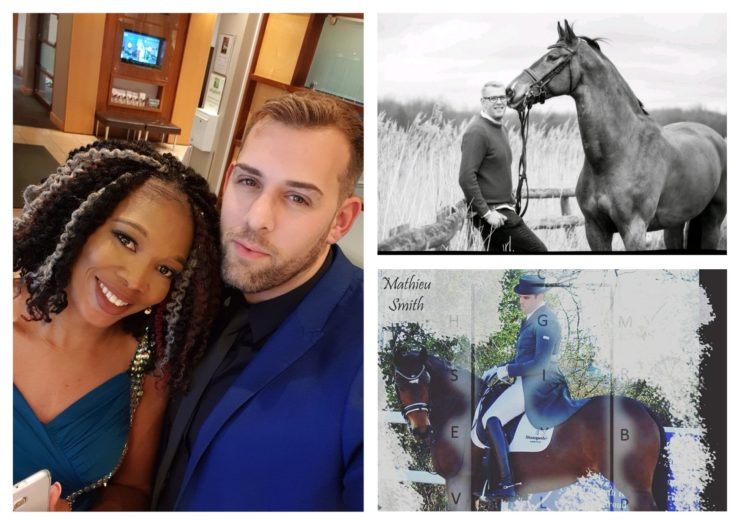 “I have had a magical and colourful past,” said Mathieu Smith, former manager as he waved goodbye to Solidarity in a Crisis, Lambeth’s peer-led Crisis service.

“When I was a young person I was in trouble with police a lot, I was put into care. I then grew up and found horses and I was a professional horse rider in Europe for many years. I then moved back to the UK and continued to work with horses full time for a bit but then I fell into youth work. I was the area manager for youth and community development services in Somerset for the YMCA.”

Mathieu adds there were many roles in between in management before he joined Solidarity in a Crisis, a role he has driven with a passion, as he captured on the eve of the lockdown.

‘ In this time for crisis and uncertainty I wanted to advise you that Solidarity in a Crisis is still here , we are what we say we are, we are that solidarity in the crisis, the pandemic, the uncertainty. No one in our lifetimes has ever been through such a time as we are entering, so many people out there have so many questions, and no one has all the answers, but who is still actively listening to people, who is taking 20min just to have a conversation. In a fast moving situation its hard to find 20min…’

Mathieu said he was moving to the Met Police “to be a normal police officer,” but, “I hope after my two year probation to specialise in the safeguarding team. I want to try and break the stigma for young people and mental health services with the police and try to help in the community a lot more. I’m only one person but if I can make a difference to the people I come into contact with then I know I have done my job.

Solidarity in a Crisis has been amazing for my professional journey but it has really opened my eyes to what services are out there.”

Pictured above: Mathieu with Yemmie Arogunjo (manager of the Harbour Crisis Cafe, Lewisham) at the positive practice mental health awards and in his former life as professional horse rider.