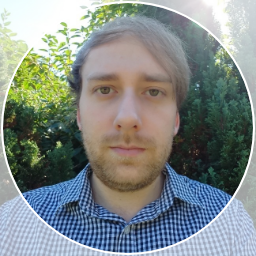 Solidarity in a Crisis is just one of the myriad of Lambeth services that has shown boundless kindness – the focus of Mental Health Awareness Week – keeping in touch with those in crisis during the lockdown. On Wednesday, new manager Alexander Robertson will share ‘why it’s good to talk’ alongside Danny and Iseult from Mosaic Clubhouse in a free Healthwatch Lambeth webinar – details below.

Alexander says peer support has been at the heart of most of his work thus far. Most recently he worked for Cruse Bereavement Care as the project manager for a range of ‘specialist’ services. « I was also the lead for bereavement by suicide and an active member of the Support After Suicide Partnership (SASP). You’ll often find me heckling Ministers at APPGs (All-Party Parliamentary Groups) addressing Self-Harm/Suicide & Loneliness (respectively).

« Whenever I had some spare time, I spent this on the Cruse National Helpline, responding to all queries from clients wishing to join our (closed-format) facilitated bereavement by suicide support groups. I am a trained bereavement volunteer and like to feel I have an (albeit limited) insight into the energy and dedication required to support an individual undergoing difficult life changes.

Most, if not all services I have managed are based on principles of peer support. Even with a network of friends, colleagues and relatives, individuals often feel they have nobody to turn to during difficult times.

I strongly believe that peer support is something that is more accessible than some harder-to-access interventions/services, as well as something that has the potential to achieve longer-term benefits.

I additionally served as the interim deputy manager for bereavement support in the immediate weeks following the Grenfell tragedy.

Prior to this, I have worked in Market Research as a digital manager and as an online scripter. I devoted both my undergraduate and MA degree towards analysis of PTSD in the memoir and testimony of those

incarcerated in concentration and prisoner of war camps. Specifically, my work focused on the feasibility in notions of ‘full recovery’ from trauma induced by genocide and war. »

Alexander takes up the role at Solidarity in a Crisis at its most testing time with calls to the service up on last year’s figures and anxiety high on the list.More calls too from younger people who are are feeling overwhelmed by multiple issues. « They are worried about housing, jobs and financial issues and they don’t know where to go for support. Our peer supporters are able to talk people through their initial crisis and then signpost them towards a range of different services. »

The webinar will include information on what support is locally available and tips to stay well, including: