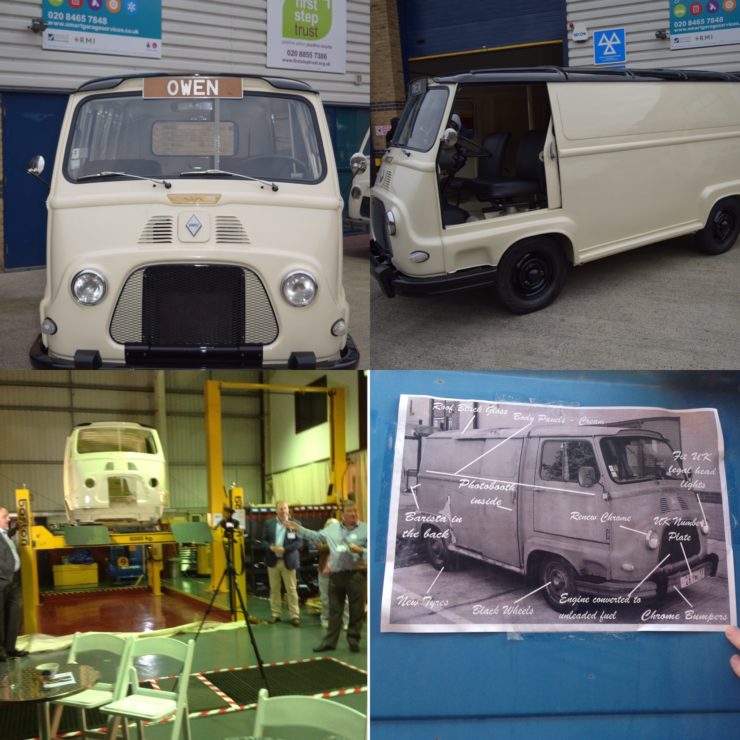 · The group recognised that last month’s conversation around Housing had been helpful, and the first time that we had really discussed this at the breakfast meeting. It helped to break down housing issues as these were usually discussed more generally. It was clear to see the challenges that housing have with supply, how it is managed, Registered Social Landlords (RSLs), Housing Associations and the Council.

· There is still the offer to go and visit the hostels in Lambeth – please get in touch with Natalie if you want to try and organise a visit.

· A presentation was circulated in regards to the Living Well Centres.

·   The long-term focussed support was due to start end of October.  This is what was previously the Promoting Recovery Teams within South London & Maudsley NHS Foundation Trust (SLaM).

· There are still estates’  issues around the locations of the Living Well Centres. There are plans for Streatham to move to Gracefield Gardens later in the year.

· There was a question as to whether there is one telephone number for the SPA and Crisis Outreach. This needs to be confirmed.

· There were originally 21 Outcomes within the outcome framework and this has been reduced to 12.

· As part of the Living Well Network Alliance contract, the term pain and gain share was used. There was never the intention to penalise poor performance, such as a reduction in funding and this term denotes a sense of punishment. Therefore incentivised incomes are now called High Priority Outcomes.

· We are looking to develop an Alliance outcomes and Insight Lab that would be a facilitated outcomes and performance workshop with front line staff, service users and carers and the local community to reflect on the outcomes and its impact. We are hoping to put on a session in November to look at this.

· There are a series of I-Statements attached to the outcomes and feedback mechanisms to capture this are being put in place around the key service areas; early access, Living Well Centres Community support (short and medium term), Crisis support, vocational services, in-patient care and placements. Conversations have been happening with stakeholders and service users and carers to develop these.

· Stephen came to talk to us about the young black men’s project that Lambeth and Southwark Mind are doing called Headstrong. The project will run until 2021.

· It offers activities for black men 16-25 years (the age might be extended) that increase mental wellbeing.

· There will be a monthly steering group meeting that youngto black men will run; the themes will be on sport and creativity. The focus will be on wellbeing rather than mental health. The aim is to have 6-8 young men with half who are using service and half who are not.

· The project will have three phases:

· Work with the Black Prince Trust and either Raw Material Music & Media (Raw Sounds) or a theatre group, to create an environment for people to express themselves.

· Share the learning. Identify grass root organisations for young black men and the ideas we’ve learnt and develop pilots with them.

· Take the learning and development and create a toolkit. This could be in any form that they decide; for example a film or an app.

· Stephen asked if there is any help or introductions that could be offered in terms of organisations, space, volunteers etc. First Step Trust offered meeting space at Abbeville’s.

· There was a recommendation to try the Young Vic for theatre production.

· Maggie and Stephen to meet and talk about the possibilities.

· Stephen to send the leaflet around about the project so people can get in touch.

· There were 23 referrals from September, however only 14 people chose to attend.

· Some people are coming back and looking at more follow-up/after care after one week.

· There is a support worker post that has been put out to advert.

· There was a question as to where Solidarity in a Crisis peer support was as there hasn’t been anyone over the last year. Bev and Mathieu to meet to discuss this.

· The working groups have been changed to be around the life course; young people and family, working age adults and older adults. Each group will set their own themes.

· It was noted that black people with dementia have a different experience and social isolation.

· Working with Blackout UK to look at gaps in work. It is recognised that black communities are not a homogenous group. Working with Public Health, Mental Health Promotion team to co-produce a resource, hoping to scope with young black men. This will complement the L&S Mind group.

· Mathieu,  noted that there is not a big engagement from A&E and referrals within Lambeth are low.

· They will be supporting people on the wards by visiting them as part of the project with Mosaic, Certitude and Thames Reach.

· Abbeville’s has been renovated, and is being used as a more community space. It will offer to do working lunches etc. and be open for Christmas parties.

· Working with Microsoft to develop Virtual Reality training in motor mechanics. It is for those who are unable to be in a college or learning session i.e. learn in hospitals, prisons etc.

Next meeting Thursday 14 November, 8-10am, Abbeville’s