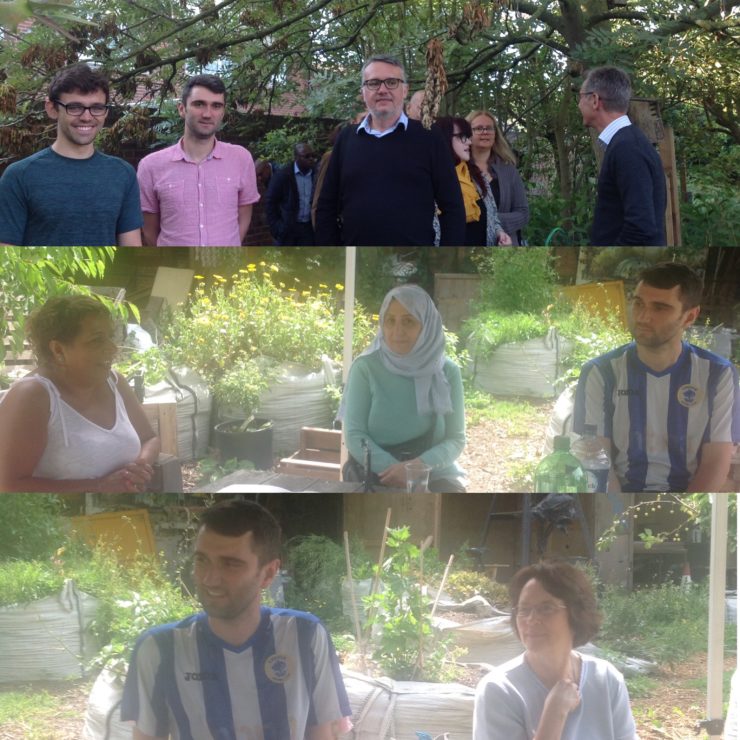 Carers Hub Lambeth said goodbye to David Meyrick this week after two and a half years as dedicated Mental Health Carers’ Worker.

David took up the post after working for Victim Support. He said the  best part of the job has been “meeting such inspirational people, mainly the carers I’ve worked with. I’ve worked with such a diverse group of people who have been so knowledgeable, resilient, kind and have made me both cry and laugh.  Working with Carers 4 Carers and the Lambeth Collaborative (despite the 8am start!) has opened my eyes.

“It’s the ‘can do’ attitude both groups have that has made me feel change is possible when people work together. I’m still dismayed that carers don’t get the recognition they deserve and that this Government don’t seem to really understand the issues faced in the mental health system. So I hope to work in a role in the future that could help address this.”

“I’ve been handing over to my replacement Raphael Thomas this week, and I’m really confident he can develop the role, as he’s got bags of relevant experience, the right attitude and is already engaging with the amazing group of carers we work with.”

David is pictured with carers Ibtisam and Angela at a Laughter Yoga session at Loughborough Farm during Carers’ Week 2017 run by Zeeenat Fayyaz, and at a Collaborative (8am start) Breakfast at the Moorlands Nature Garden Allotment, September 2018.

One thought on “Carers Hub Lambeth says goodbye to David”