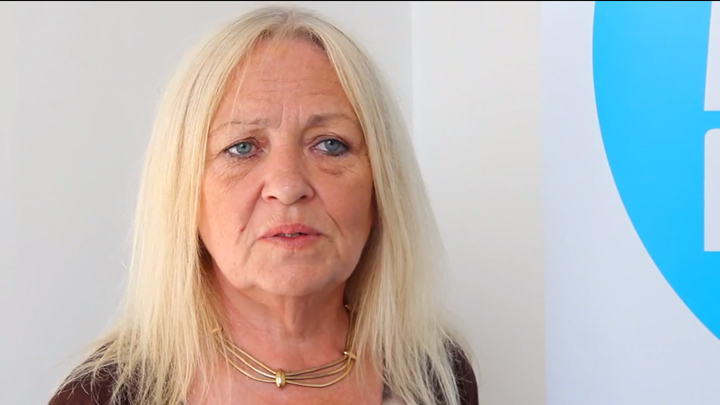 Two former members of Vital Link (the service user and carer group that helped to reshape mental health services in Lambeth) have been involved in a three-year study on personal budgets.

Lisa Shokir (pictured above), a stalwart campaigner for people who use services was joined by carer Dawn Downs (in the last year of the research) as lived experience advisors on The People Study (Personalisation Evaluating Outcomes, Practice and Lived Experience of Mental Health Service Users).The research was carried out on four local authority sites in England by the McPin Foundation and Rethink Mental Illness, in partnership with Kings College London and the University of Birmingham. It was funded by the Big Lottery Fund.

“We wanted to get information from people who had applied for a budget and interview them three times in a year, ” says Lisa. “We had to write a report to update on personal budgets and a user-friendly toolkit has been designed based on the information we gathered.” Lisa and Dawn were filmed during the study.

“It was interesting looking at the different criteria on the different sites around England,” adds Lisa. “I’ve learnt a lot too doing case studies, data analysis and coding.” The journey came to an end in October when the two joined another researcher from one of the sites to talk about their findings to social workers in Norwich. “I’ve come to realise that personal budgets are a great concept but difficult to implement because of costs. I will miss people I’ve been working with but I’ve already had a call about another project.”

The findings are also presented in a paper: Larsen et al. (2013), ‘Implementing personalisation for people with mental health problems: a comparative case study of four local authorities in England: Journal of Mental Health 22 (2): 174-182

Lisa who passed away in May 2019 will be sadly missed. A memorial celebration was held by Lambeth Vocational Services (SLaM)at Beale House, Stockwell for her friends on June 28, following her funeral a week earlier.