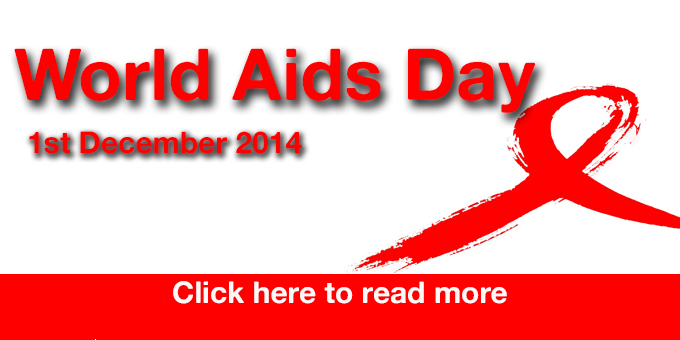 Today, December 1 is World Aids Day. There are around 100,000 people living with HIV in the UK – 25 per cent of those people are unaware they have the virus. Lambeth and Southwark have the highest prevalence rate of HIV in the UK, which is why residents are being encouraged to get tested and wear a red ribbon, the universal symbol for HIV, uniting with people around the world in the fight against HIV. World Aids Day marks support for the 34 million people worldwide living with HIV and for those 35 million people who have lost their battle against the disease.

Pandora sends a powerful message from her lived experience… “10 years on from my diagnosis in pregnancy, get tested and protect yourself as well as others. Don’t take risks with your health,” she says.

“The stigma of HIV and AIDS is far greater than the stigma associated with mental health problems. I have both but I am far happier talking openly about my mental illness than I am HIV.”

Peter is hoping he might turn a corner this year and not feel depressed; he has lived with HIV+ for 25 years… “I hope that one day the red ribbon and World Aids Day will be confined to social history…” he says. (See below for Peter’s story).

For Lois, “the fact that people are still alive,” leaves much to celebrate on World Aids Day. “In the 80s there was death, it was uncontrollable.” Lois saw at first hand how the virus ravaged a whole generation in America… Her brother, a “Christian who was bisexual” went through a very painful death there, aged just 30 and she looked after him. “He was in a hospice and couldn’t care for himself,” she says. The medication was different then and this was compounded by the stigma of what people determined ” the plague”.

Lois volunteers with a number of organisations in London that work to support people living with HIV/AIDS with dignity and compassion. Her understanding of mental health issues led her to join Lambeth’s Missing Link as a peer supporter (now Certitude).

Lois’ message is that support to those including families and children living with the virus is crucial because “the stigma does not go away and there is no compassion for people”.

Local GP Adrian McLachlan says he has lived and worked through the whole history of HIV and Aids so far, “seeing it from a mystery, to the largest cause of death of my patients for a memorable time, to now, when I see it as a long term condition”.

Adrian, who chairs Lambeth’s Clinical Commissioning Group, adds that HIV and Aids have featured as a priority for Lambeth, with a particular emphasis on early diagnosis.

Thats why residents are being urged to show their support for World Aids Day by getting tested for HIV.

HIV (Human Immunodeficiency Virus) attacks the body’s immune system and is contracted through infected bodily fluids, most commonly through sex without a condom or by sharing infected needles or syringes. A HIV test – a simple blood test or saliva test can provide essential diagnosis to reduce the risk of serious illness and to stop the spread of the condition.

The number of new HIV infections is still rising. One in five people in London who have HIV do not know they are infected, and most new infections come from them. Lambeth and Southwark fund a range of organisations to work around HIV prevention and support sexual health. See below

“Many advances have been made in HIV treatment and getting tested early will provide more effective treatment against the virus, improving chances of a healthier and longer life,” adds Adrian.

As well as having the highest prevalence in the country of people living with HIV, Lambeth has an especially high number living with mental health problems, and “we need particularly to develop excellent and accessible services for those with complex and multiple needs especially where the health needs may sit alongside social need”.

Denis Onyango, Development Manager of the African Advocacy Foundation, which is part of a special event in Brixton tonight, Getting to Zero, Meeting the Challenges, echoes this message saying that people from the African communities are presenting late for testing, often because of the stigma. “We have to get over the message that HIV is no longer a death sentence and there is excellent healthcare in this country,” he says. See below for event flyer.

The issues around HIV and mental health are complex. Roy Brazington is Team Manager with Cascaid (South London & Maudsley NHS Foundation Trust, SLaM), which provides specialist support and treatment in the community for people diagnosed with HIV that are experiencing mental health problems. The team works alongside the children and family service, enabling seamless intervention across age ranges.

Roy explains an often double stigma: “A number of the clients are from Sub-Saharan Africa or from families from there. They have differing cultural beliefs about health, sickness and HIV. We also see a significant number of Men who have sex with Men (MSM) and they continue to have complex problems within their own cultures such as rejection due to their sexuality and the impact of faith for some of these communities can be comforting and for some very undermining. Many men experience internalised homophobia and often find it difficult to cope with these feelings and this often manifests in them using drugs or alcohol as coping strategies. Gay and Bisexual men in this country experience a higher level of mental health problems.

“Following a diagnosis of HIV a number of people experience an adjustment disorder which manifests itself with symptoms of anxiety and depression. It is often helped by the client receiving some health education and peer support work.

“Lambeth Southwark and Lewisham have the highest levels of infection in this country with 14.7 per 1000 people being infected in Lambeth, 12.6 in Southwark and 8.2 in Lewisham (figures based on data from 2013). There is some research that demonstrates that due to people with severe and enduring mental health problems having additional vulnerabilities they are at greater risk of contracting HIV. In the background of the local high prevalence rates this is a concerning issue to SLaM. This may explain the rationale behind why the Trust is intending to offer testing to all inpatients.”

Places where you can get an HIV test