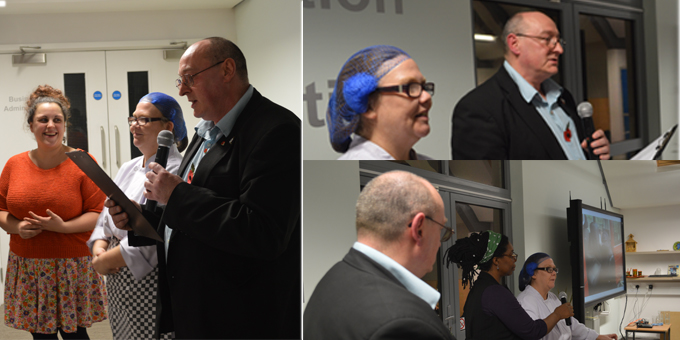 What does the mental health system mean to you? For most people there are stigmas attached to psychiatric hospitals and people in general shy away from talking about them.  It’s uncomfortable for some when they see someone in a wheelchair or someone who is blind walking through a crowd, while if  they see someone with a less disabling condition, such as a walking stick, or someone on crutches with a broken leg, then it’s not such a problem. But suppose someone in your family ends up in a psychiatric hospital, or develops a problem such as depression or has a mental breakdown, how would they cope with that? Some people turn their back, some will try to justify it with excuses, but in reality, we as a nation are divided on how we treat people with mental health problems.

I was very uncertain of myself for such a long time and found it difficult to interact with others; I lost my confidence and felt very guilty about my past, so much so that I ended up in hospital for a considerable time. I was aware that I was unable to cope with my problems and needed professional help. At  first I was reluctant to ask  for help, I thought I could do it all on my own, but I only made things worse. I became very ill, I also tried to end my life because I felt that I didn’t deserve to be alive, but I had already been earmarked as a person in need of psychiatric intervention.

At first I declined any help, but after a prolonged stay in hospital I gradually changed my way of thinking, so much so that I begged for help. After taking part in various courses to help me understand my plight I was given the opportunity to attend something quite alien to me which was called the “Mosaic Clubhouse”.

At first I was unsure what to expect, or what to do, but once I was introduced to the people at Mosaic, I found I wanted to get involved more, rather than just a couple of sessions a week. Eventually I was attending five days a week from nine to five, with the exception of life skill groups, which I had to attend.

When Christmas came around I felt that I wanted to be with the people from Mosaic. I saw them as my extended family, I still do, and until that first day I attended  Mosaic I felt that I had no future to speak of. Christmas with Mosaic helped to heal the imbalance I felt within.  I had no close friends to speak of which hurt to know, you tend to lose friendships when you suffer with a mental problem, or a personality disorder, but I felt at home when I attended the Mosaic clubhouse. The Christmas period for most is a time of peace and love and forgiving, people feel close to their relatives and friends, but to those of us with emotional problems, sometimes Christmas time can push us over the edge, there is a time when some people feel more vulnerable, Christmas is one of those times. Without Mosaic I wonder what would have become of me. I have Mosaic to thank for giving me friends and a sense of belonging. I can’t say that I am friendly with everyone all the time, but isn’t that what happens in a family? They argue… that’s not to say I don’t like Mosaic, I do, and I have found over the years that I have been a member, I have become closer to both the members and staff. 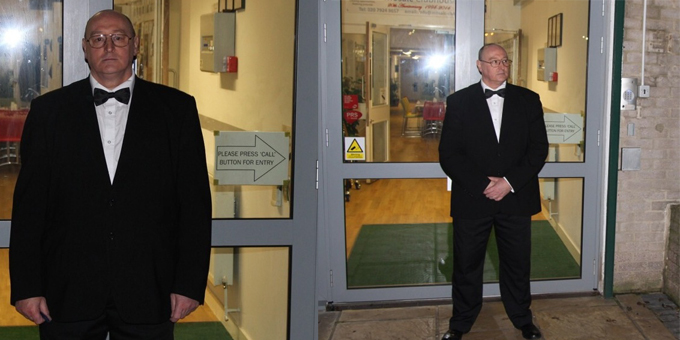 Now that Christmas is almost upon us again I will turn to the people I care for, both for help, and to help others. Because that is what Christmas is all about at Mosaic. So instead of dreading the Christmas period, I am looking forward to it. Mosaic has given me back my smile. My name is John, and I am proud to say I am a Clubhouse member.

John is pictured above at a recent birthday party at Mosaic, where he helped so much that they called him the doorman. Meanwhile, the main collage of photos were taken at the recent Mosaic annual general meeting where the Hospitality and Horticulture group did a joint presentation with the maintenance team. They made delicious chocolate truffles which they shared with everyone. John read a very witty poem about the units’ work. Click here to read John’s poem