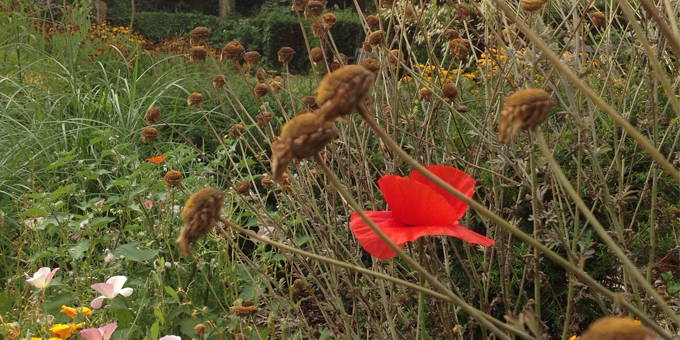 I meet Matt at the first open event of the Living Well Network being hosted by Mosaic Clubhouse (at the Living Well Partnership site in Effra Road). He has been invited by Rosie Crawley, Support Worker with the Community Options Team (COT), part of the network, who has been working with him to address some immediate problems around his benefits and housing, which have taken him to crisis point following his mother’s death.

Matt, aged 38, feels that few people listen or get what he’s on about when he describes what it is to live his life. “I’ve told my GP about the problems I have filling out forms, talking to people… I find it difficult communicating. I can’t link things in my brain or concentrate. It makes me feel desperate, which has led to self-harming, depression and chronic anxiety. “

Over the years he feels he has been pigeon-holed by services, prescribed the wrong medication and self medicated with alcohol.  He speaks also  of a life working for the Post Office, which was difficult because of his communication problems though he held down a job for 15 years and then took redundancy. He has a sister and a former girlfriend who keep in touch.

Nowadays he says he plans his day as he walks his dog. “I make a list in my mind, sometimes I’m walking and crying… this is because when I try to make a plan I cannot seem to form even a simple thought. . .There is nothing. . . Just fog.

Getting an introduction to the Living Well Network Hub and Rosie to address the practical issues in a number of sessions  have been helpful,” he says. “It’s amazing the way she gets through those forms, I really have to thank her for everything she has done and for  listening to me and helping me to understand things.” He was also able to get a half hour session with a psychiatrist and slowly it is emerging that he may have attention deficit or a personality disorder. Getting a correct diagnosis and appropriate medication is imperative he says.

“To the mental health professionals and other support network clients who may be in the same situation as myself I would like to say I believe had I been correctly diagnosed and treated at an earlier stage, I would have been exploring the world enjoying life and love… far away from the dark road I now walk.

“The help, support and medical treatment that the professionals provide, or could provide to their clients can not only have an effect on their daily life but their ENTIRE LIFE,” he stresses.

Says Rosie: “When I first met Matt in April he was in a really vulnerable position and did not know where to begin; not only had he lost his mother a few months previously, but he had no benefits coming in and no rights over his late mother’s tenancy despite having lived with her for years. Since then he has made excellent steps towards his recovery and his social circumstances are now much more stable. I really admire the way that Matt has been able to deal with such a stressful situation on top of his recent bereavement.

“Matt is a pleasure to work with and despite the difficulties he has, he always comes to appointments and works hard to provide the various bits of paperwork I’m always asking him to find! As you can tell by reading his story, he is a very insightful, intelligent and sensitive person and the way he describes his feelings is very moving.”

She explains: “The Community Options Team provides up to 12 weeks of social and practical support to Lambeth residents who are experiencing mental health difficulties. Most commonly we support people with issues around benefits, housing and social inclusion. The aim is that at the end of 12 weeks people have the skills and knowledge to support themselves in a sustainable way, drawing on the support of the community around them.”

Matt has an incredible curiosity and drive to research and find out how he can help himself and he says the open event has also helped as he was able to find out about mindfulness sessions set to start in Autumn, which he thinks could help him focus.

He sums things up thus: “People with mental health issues have ambitions, aspirations hopes and dreams and desires too, but somehow cannot always work out a step by step process to guide them towards their goals.”