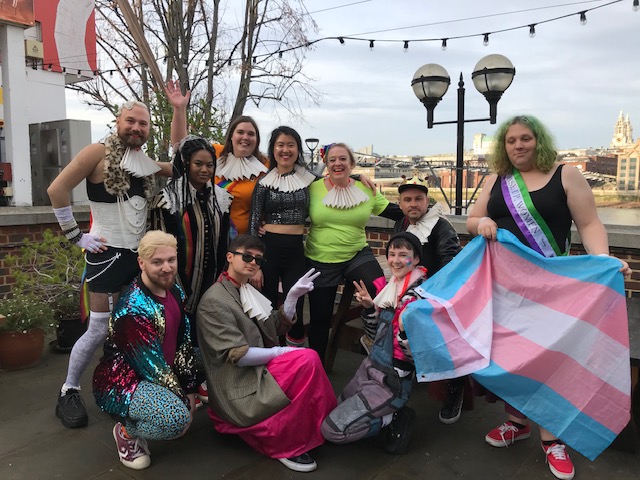 Congratulations to Ldn Dares students (formerly Project Dare) who took part in Shakespeare Globe Theatre’s 2019 ‘A Concert for Winter’ on December 5. The annual showcase invites Southwark nurseries, schools and community groups to perform a song or poem on stage. Project director Ursula Joy said they applied to perform as they were inspired by the theme of Roots! They performed Madonna’s Vogue, which took inspiration from the history and legacy of ballroom culture within the *LGBTQIA+ community. “Voguing came from New York and the culture extends far beyond the extravagant Voguing events,’ says Ursula. “The Voguers also belonged to groups named ‘houses’. Houses are a long-standing tradition in LGBTQIA+ communities, and communities of colour, where families of friends (often estranged from their own families) create households together… We have a little saying, which is ‘if in doubt, Vogue it out’!”

The Voguers on stage were students on the final performance of the ‘LGBTQIA+ Dare Sessions’ 12 week course, which is being run in conjunction with the Recovery College (South London & Maudsley NHS Trust).

Thanks to Hannah Mayblin for photograph.