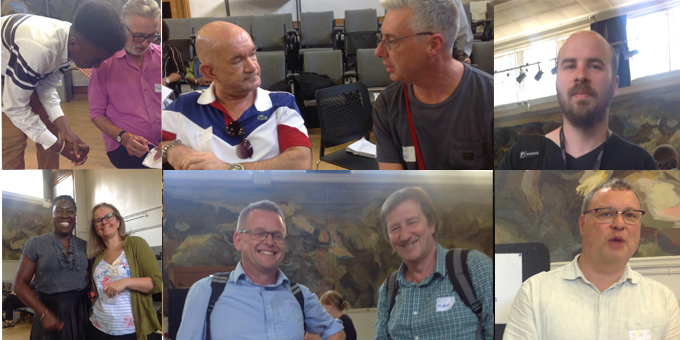 Making it Better Together- an event aimed at residents, people who use services and staff who help them – was held at Morley College on 31 July 2018.

The event focused on how mental health services are beginning to change to improve people’s experience and included residents, people who use services, their carers and those responsible from the Alliance, to help with the next steps along the journey.

It was driven by Healthwatch Lambeth, which together with Black Thrive is acting as the community ‘critical friend’ to the Alliance,  consulting and feeding back views and testing out support for the new ways of working.

The event created a number of safe spaces for attendees to discuss the latest plans in small groups focusing on Access and the Front Door to help for everyone; Support for people with moderate to severe mental health needs; Crisis prevention and response; People’s own personal support networks; People’s Journey through services, how do we improve co ordination, and continuity and what changes to information, advice and signposting would work better for people ?

People worked hard to share how these elements of the system affect their lives. For some, having a ‘front door’ to mental health in Lambeth was more about an approach than a service that aimed to reach a wider group. It needed to be open in the places people go and people wanted support if there was a waiting list. Across the system, people wanted one assessment as a gateway and cited physical health as an important factor.

It was felt that there was too much attention paid to medication at the expense of other therapies and at the acute end, people wanted better police involvement, though it was recognised that this is improving. People wanted more stability, continuity and support at key points such as hospital admission, sectioning, discharge and referrals. A ’golden thread’ of support by a peer along the journey…

Housing was a big issue and people cited that lack of decent, appropriate housing created or compounded mental health issues.

Looking at information, people recognised a digital divide still exists. They wanted person centred information in different formats, better info on where to go in a crisis and one directory (MIND and Mosaic both praised).

In the workshop on taking a key person approach, facilitated by Sue Field, Programme Director of the Provider Alliance Group and peer supporter Garry Ellison, the group discussed how the key person navigating the system could be someone trusted by the service user and anyone from a family member to the service user’s community psychiatric nurse/care coordinator or a person with whom they have built up a healthy rapport. This person would be recognised within the MH sector as someone trusted to support and advocate for them, especially when they are unwell.

Key points in the feedback from those taking part on the day was that person needs to be recognised as important, listened to and fully involved. It was also suggested that they might need training and support for themselves as there was a high risk of burn out.

It was emphasised that the service user’s Choice was key  – someone they can have a trusting relationship with. Recognise the key person could be a friend, family member, someone in the community – rather than a professional. And that they need to be able to access information about services available and the key supporter role

After the workshop Garry Ellison said he hoped the trusted person concept and other ideas would have some influence within the Alliance. There seemed to be a mix of hope and enthusiasm with a dose of healthy cynicism, he added.

“Many people want feedback around ‘proposed’ actions – so if that’s fulfilled, I think it was useful and I thought there were some great ideas shared.”

“Listening to and working with the people who use and deliver our services is at the heart of what the Living Well Network Alliance is about. This is why the Alliance worked with Healthwatch/Lambeth Together to organise this event.

I was delighted to see so many people there with direct experience of using and providing services. I am also very pleased that the overall positive feedback about the service model we are developing.

We know, and we heard it again, that people want services that are easier to find and access, more joined up, have less form filling, less ‘hand offs’ from one professional to another and really involve the person using the services.

The ideas, suggestions and concerns from the day are being fed into the groups developing the new services, to improve and refine the models being developed.

Other similar event will be held in the autumn to feedback on progress and to test that we are still heading in the right direction. We are working towards future events being externally facilitated by an organisation that has a strong track record in co-producing services.”