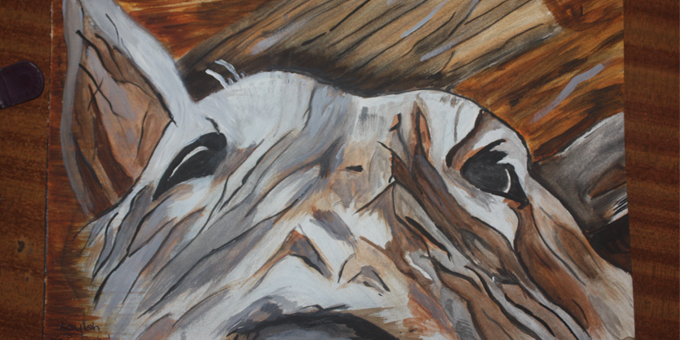 About five or six years ago I had to admit to family, friends and work that I had a problem with drinking. I was getting caught far too often and could no longer make up the lies necessary to cover myself. I went to Lorraine Hewitt House, Brixton and had the assessment, they allocated me a Keyworker, based at the Harbour.

I went along to see him and have a talk, all the while just using it to keep people off my back and still drinking. He gave me a few things I should try, which of course I ignored completely. Another six months passed and I was back again, this time I was introduced to the groups there. I would have to leave work and travel back to take part in the groups. When I say take part, I mean I would sit there and listen to others and nod and agree with certain points, still I wasn’t really involved.

Things went on like this until Christmas 2012, when I was living with my sister. One day it snowed, just enough so I could tell her I couldn’t get back to her place in Bromley and had to come back to my flat in Brixton. I ended up staying here for two or three weeks, drinking, I got really ill and self-harmed and it was the tipping point. I got signed off work and then decided to actually do something about stopping, my body finally had got the message to my brain that it couldn’t take it much longer. I then started taking part in the groups, hearing about the cycle of change, how other people felt and acted like me.

I started taking part in some of the groups, the art group was a favourite of mine, I have always drawn, but never really let anyone see my work. I was studying A level art at school but put it away when I started work. I would dabble every so often, but only for my own pleasure, if I showed any work it would only be to a select few. I worked for a photographic agency, where we sold copyright licences to magazines and newspapers, so all of us there had a decent camera. With 30 years service you pick up a few things, I would take shots of various things and try to get them placed, without much success really, but I did like the process of creating something. The same with the writing really. Admin and Finance isn’t the most creative of avenues. I needed something. What did come out of the Harbour was two-fold. First, how much I loved doing these things, and second that other people liked what I did as well, which I always thought was impossible.

I joined the Creative Writing group at the Harbour, which soon took over as my favourite. I have always written too, and that was also hidden. The way the people there made the groups safe and never forced you into showing anything, or doing anything you weren’t ready for, meant that I could start to reveal who I was. Who I wanted to be in fact.

They gave me information about other groups, not always in the Harbour, but things where I could develop further. Some of the things I tried weren’t really for me, but I was glad, and proud even, that I at least tried them. They would never push me, just gently nudge me in the direction I had already suggested but was scared to go. When they felt I was ready to leave a group to move on they wouldn’t exclude me, but ask. This meant that I had always the final say, that in turn boosted my self confidence and I was able to make these choices on my own in time.

Taking the next step

The Harbour in itself isn’t the final step, they would never claim that they are. They are a first and second step, they introduce you to various groups in a setting that is safe and secure. Once you are ready you make that extra step and they support you in that. Even when I finally got placed in the Janus day programme. Janus was different, it made you look deeply into yourself, some of it wasn’t nice, but it may have been needed. It made me look at why I had this relationship with alcohol and how I could change my life. I would still attend the Harbour groups, just because it was a place I felt happy with. I needed that while I was discovering myself and learning to look at life from a different perspective. I have grown a lot now, and started a course at Birkbeck (University of London) and still I visit the Harbour, to keep myself grounded

Knowing that I have a place I can go helps with my emotional wellbeing, talking to others that maybe aren’t as advanced as I am, helps me understand just how far I’ve come. Talking and maybe helping them gives me a sense of happiness that I was missing before. I have built relationships with many of the people there, service users and staff. That has given me important lessons in how relationships are built, how they grow and how they are maintained. All this has come from the Harbour and all because of the wide choice of things they offer.

To be honest, I would have liked it if the journey was a little less harsh than it was, but each of us learn in our own time and our own way, so it is what it is.

I am currently doing a BA in creative writing at Birkbeck, it’s a part-time course over four years and when it started  I was nervous as hell, but excited too.

Well… I’m about to start my second year at Uni, and still enjoying it to the max. I help run the Reader group at the Harbour and I am also a volunteer with SLaM (South London & Maudsley NHS Foundation Trust) and have taken over running a creative writing group every other Friday at Beale House in Stockwell. The council are now fixing up my flat, it’s been 12 months and progress is slow, so slow that sometimes I think we’re going backwards. Three or four years ago this would have sent me into a drinking spiral but now I can shrug it off. I still dabble at the art (feature illustration) is a piece I did for a friend, she was pleased with it.

I do not mind if you use my real name … and although I’m not proud of some of the things that happened, I’m no longer ashamed either. Also if it can help someone else, well that’s all good …